On December 27, 2012 two year old Holly Larue Frizzelle was diagnosed with Acute Lymphoblastic Leukemia. What began as a stomach ache and visit to her regular pediatrician led to a hospital admission, transport to the University of North Carolina Children's Hospital, and more than two years of treatment. Leilani Frizzelle cuts her daughter Holly Larue Frizzelle's hair at their home. Larue's hair had begun to thin during chemotherapy and Leilani cut to blend in until it fell out. 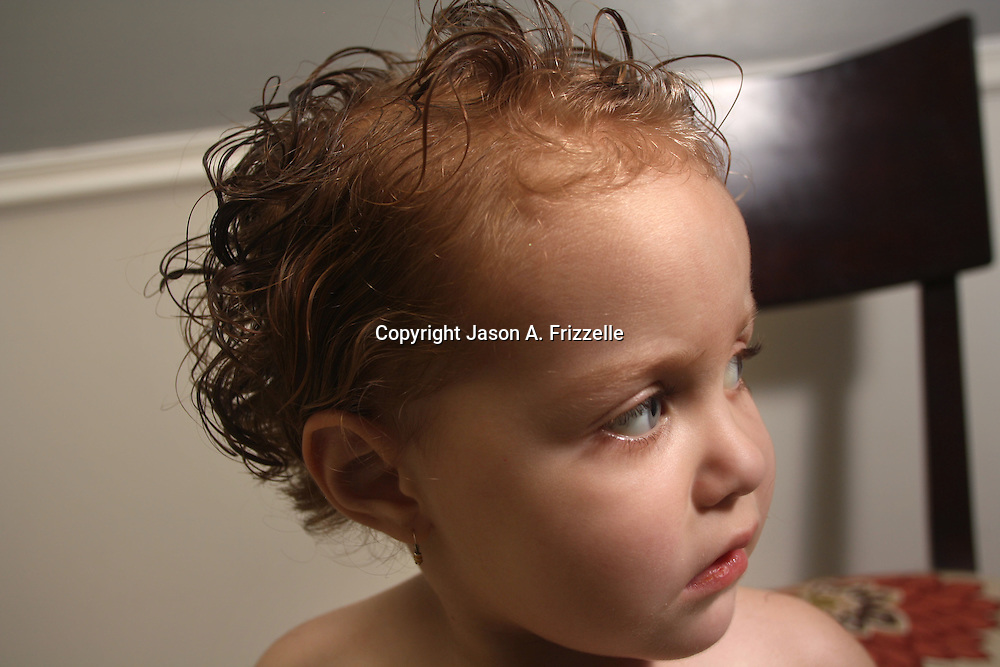