Holly Larue Frizzelle swings in her backyard in Wilmington, N.C. During her chemotherapy she was restricted from playing with other children and spen much of her time playing alone in her backyard. On December 27, 2012 two year old Holly Larue Frizzelle was diagnosed with Acute Lymphoblastic Leukemia. What began as a stomach ache and visit to her regular pediatrician led to a hospital admission, transport to the University of North Carolina Children's Hospital, and more than two years of treatment. 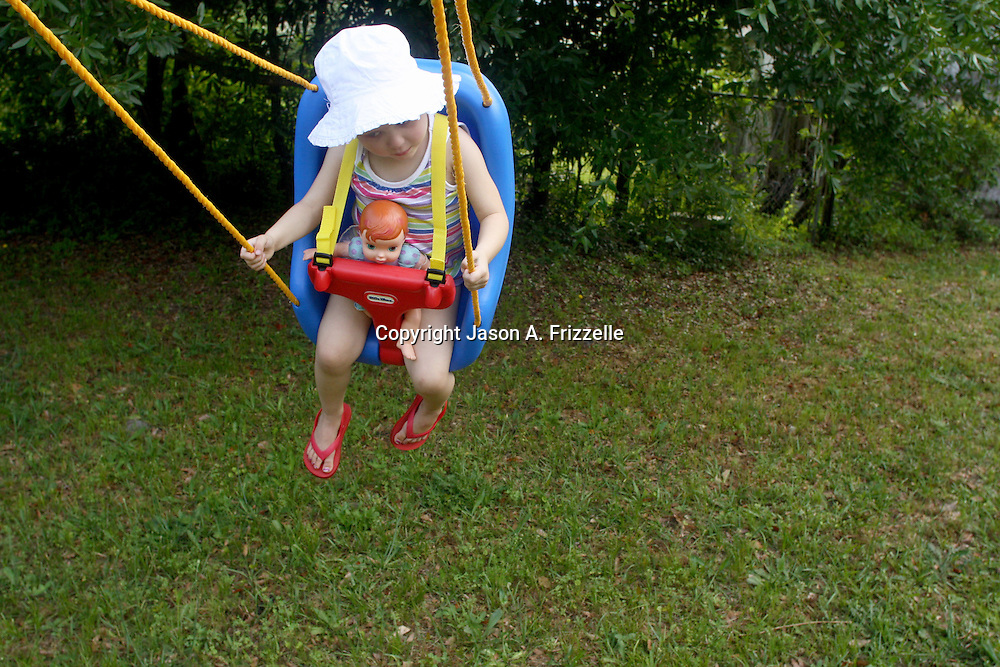