A single janitor sweeps the echoing lobby of the Pitt County Courthouse as two security guards keep watch over typically vacant District Courtrooms. On this May evening the courtrooms remain occupied after hours by members of the J.H. Rose High School Mock Trial team as they prepare for a national trial competition. Junior Nancy York listens intently as the team's Attorney Advisor Robert Waddell coaches during a practice in District Courtroom number two.
Since April York has spent between six and nine hours weekly preparing for the competition and admits the preparation is hard work, "it takes a lot out of you," she says. The level of competition serves as an incentive to work harder according to York, simply stating, "we don't want to get embarrassed."
(Jason A. Frizzelle) This collection of images illustrates a variety of portraits from headshots to location portraits. 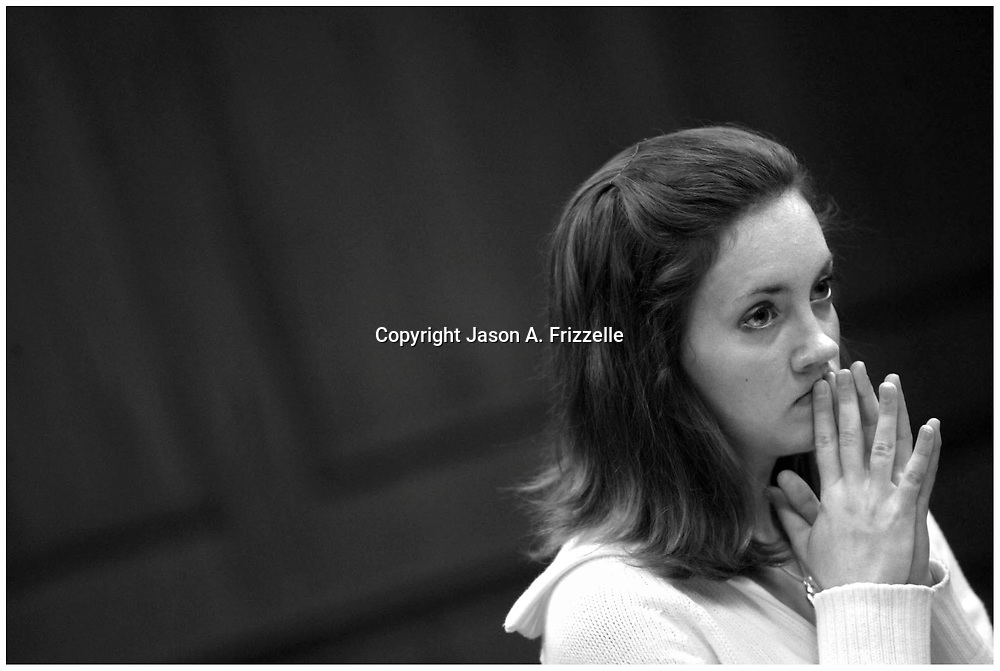